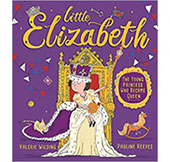 I still find it hard to believe that for over half my life I never, ever dreamed that one day I would be a writer.

When I was at school, a lo-o-ong time ago, story-writing was called ‘compositions’, and we were always given a title, like The Storm or A Day in the Life of a Penny. If the subject didn’t appeal to me – and it usually didn’t - it was all a bit of a chore. My mother thought my compositions were good (they weren’t good, but oh boy, they were neat!) and she said, ‘You should be a writer when you grow up.’ Can you imagine how often she says, ‘I told you so,’ now?

So how did I start writing stories? I used to teach small children and, at story time, I noticed some of them always complained that they couldn’t see the pictures before I’d even got the book off the shelf! I’m old enough to remember listening to stories on the radio. My mother says I used to stare into space with my mouth open. That’s because I was seeing pictures in my mind.

I decided to try to write a story that would put pictures in the children’s minds. Little did I realise how that story would open the door to a whole new way of life! I discovered that writing for children, and especially making them laugh, was something that makes me happy. I love it!

I write every day that I can and usually have more than one thing on the go at a time. Then, if a story’s not going right, I’ve always got something else to pick up and get on with.

I often stick bits of paper to my computer, with little messages on. The current one says, ‘Don’t get it right, get it written’.  That’s to remind me - keep going until the first draft is done! Don’t worry about the spelling, or the grammar, or the layout! That can all be sorted later when the anxious task of completing that draft is behind me. That’s when – for me – the best bit starts. Rewriting! I absolutely adore it, but I know some writers don’t. I just love cutting and shaping, and choosing different words, and simply doing my best to make my work better.

What am I doing at the moment? I have an exciting new book coming out later this year – watch this space! I’m writing a new historical story, which hasn’t got a title yet, and I’m trying out some new fiction ideas. And then there’s...  No! If I talk about it, I’ll never write it!

I’ve got plenty to keep me busy, and that’s just how I like it!